Patte Loper
Time Based Work > Sculpture, Installation, and Video
Video imbedded into Sculpture and Installation
Videos are placed on small screens or projected into sculpture and installation. Video serves an important role in the 3D work - adding context and serving as the 'voice' of the work.

Below are a few examples.
Sculpture, Installation, and Video 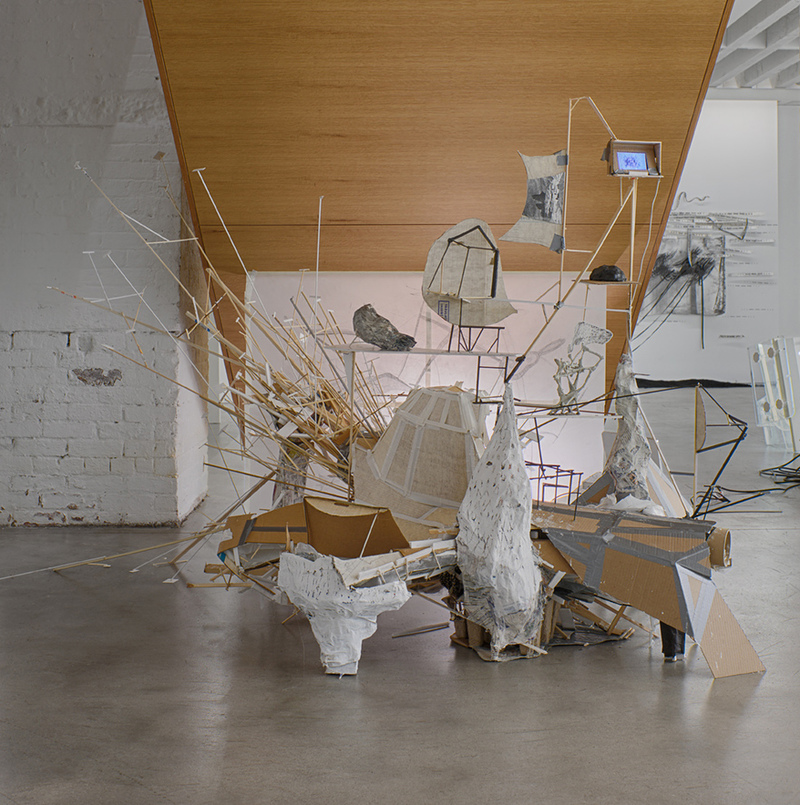 After Lebbeus: A Model for Drawing was built in response to paper architect Lebbeus Woods' posthumous 2013 exhibition at the Drawing Center. My aim is to underscore Woods' exploration of ethics, human psychology, and the built form. The animated video, "Getting Large Eye" was placed at different vantage points in the installation. 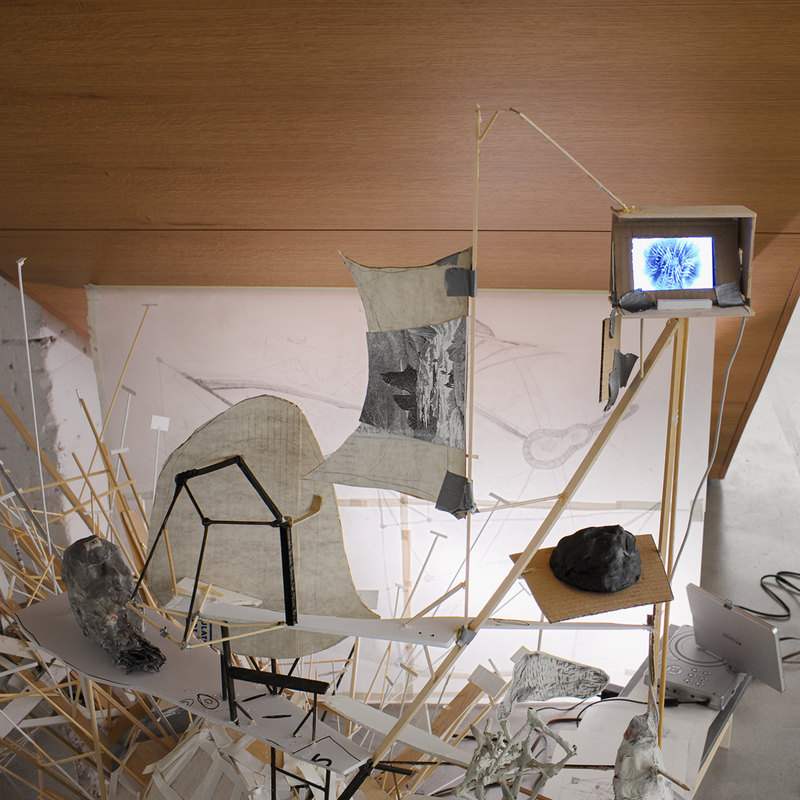 After Lebbeus: A model for Drawing, detail

The video was intended to highlight the form's connection to the human body. 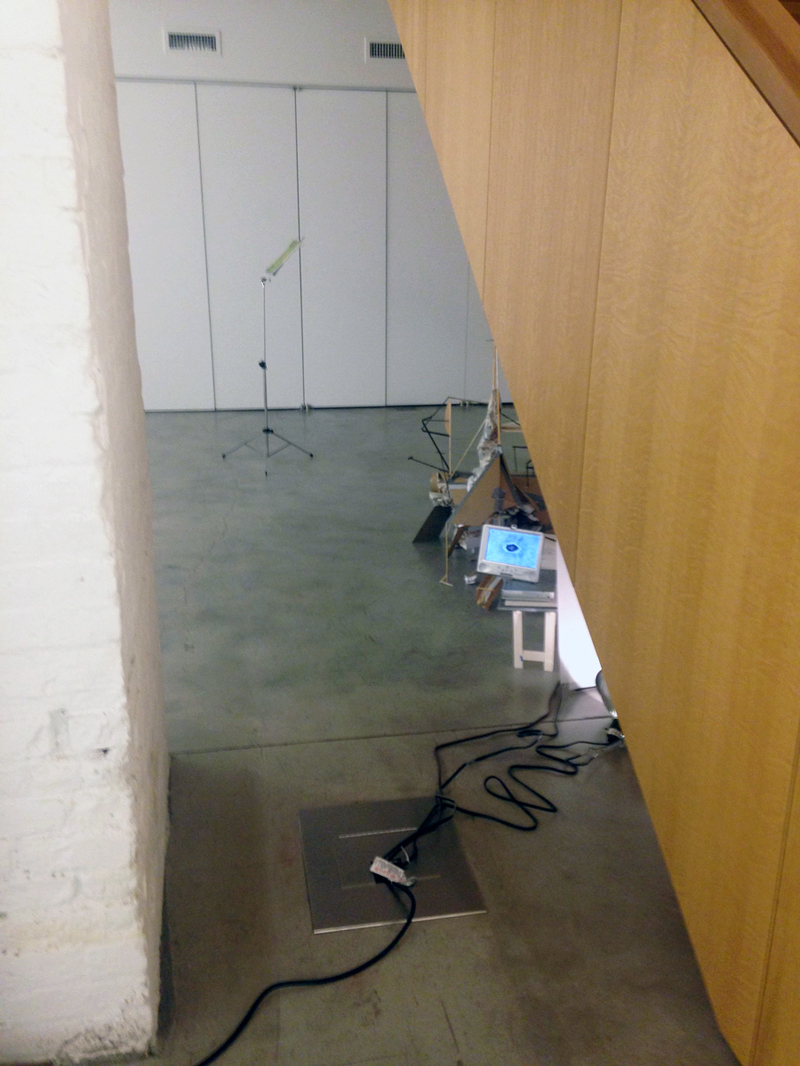 After Lebbeus, A Model for Drawing, detail

The video was placed on small screens viewable from different angles in the gallery. This work is designed to take advantage of the aesthetics of working technology, including the line quality of wires. 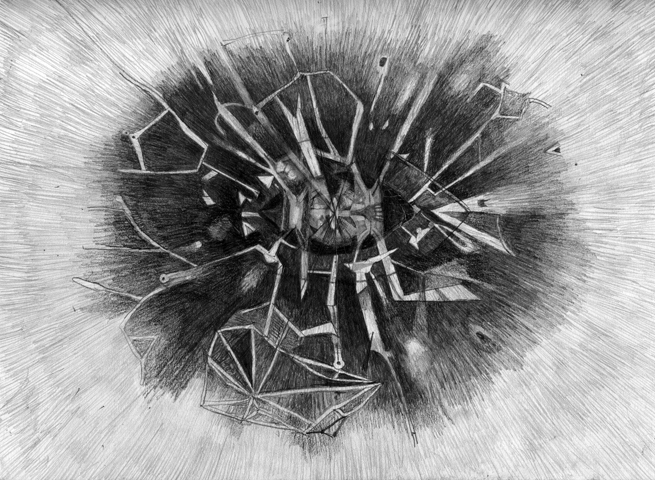 This animation was imbedded into the structure at various points and at different sizes. Responding to the emphasis on visuality, as well as the bodily qualities of Woods' drawings, this animation, based on what can be seen through closed eyes during meditation, explores the relationship between human physiology and spiritual 'visions'. 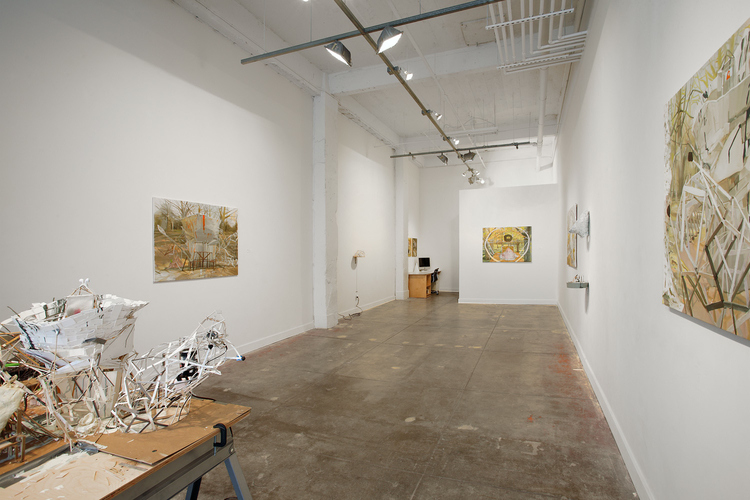 This exhibition of sculpture and painting included several videos installed at various points in gallery, imbedded into sculptural objects 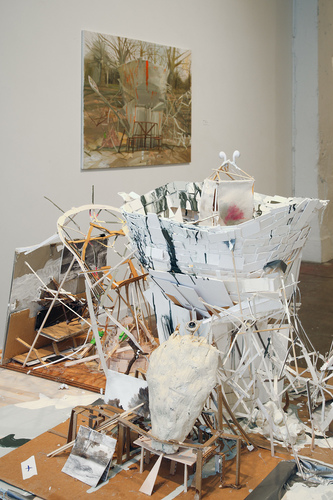 This central piece of the exhibition could be seen as a wish, or a plea to the "universe". The videos were not obvious to the casual viewer, here one is located at the top of this structure, and attached to white earbuds, which were broadcasting the video's audio. The viewer might encounter the videos initially as a strange whispering or murmuring, then see movement. Ultimately the goal is for the viewer to be drawn in to the deeper content of the work around ethics, leadership, and survival. 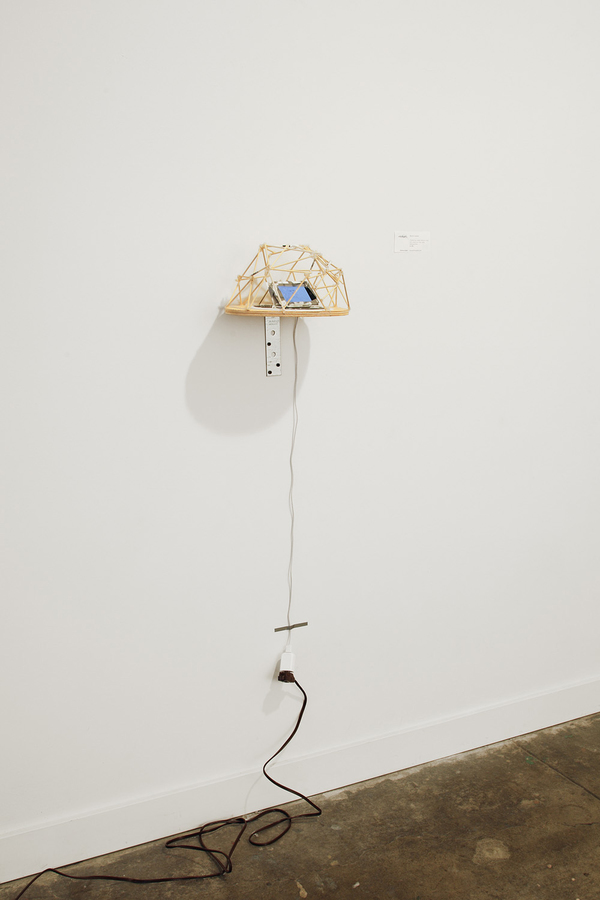 Here, the video "Gilles" is imbedded in a larger sculptural work. 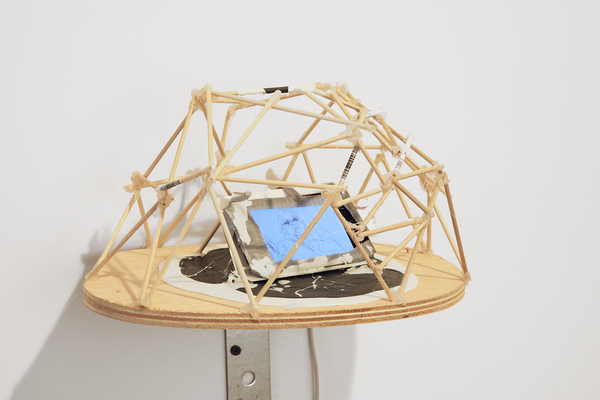 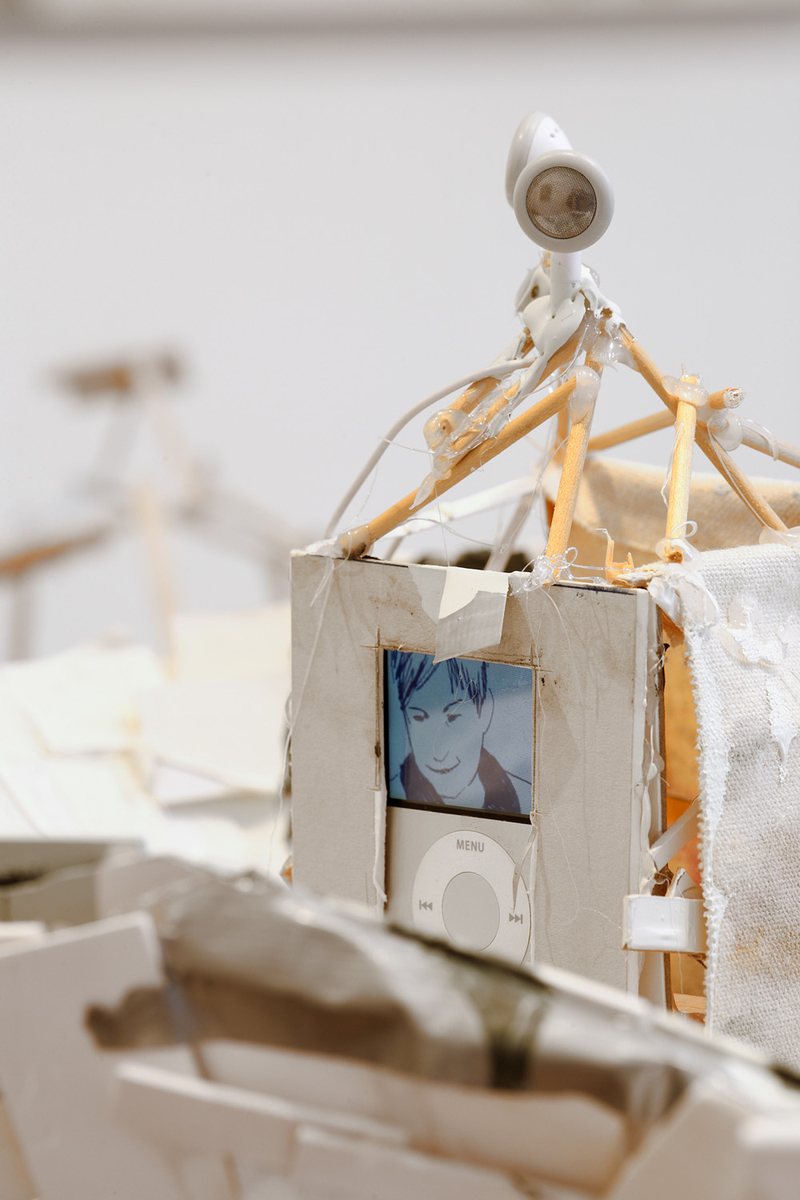 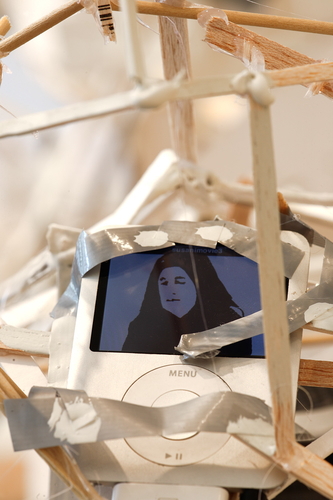 One of the videos imbedded:

Video based on Susan Sontag in conversation with students. The audio is hard to decipher: "A good life includes, now and then, as often as you can, stepping out of your own life and your concerns and doing something for other people. A selfish life isn't a very good life."

The work is shown on an ipod nano with speakers imbedded into a larger sculpture. 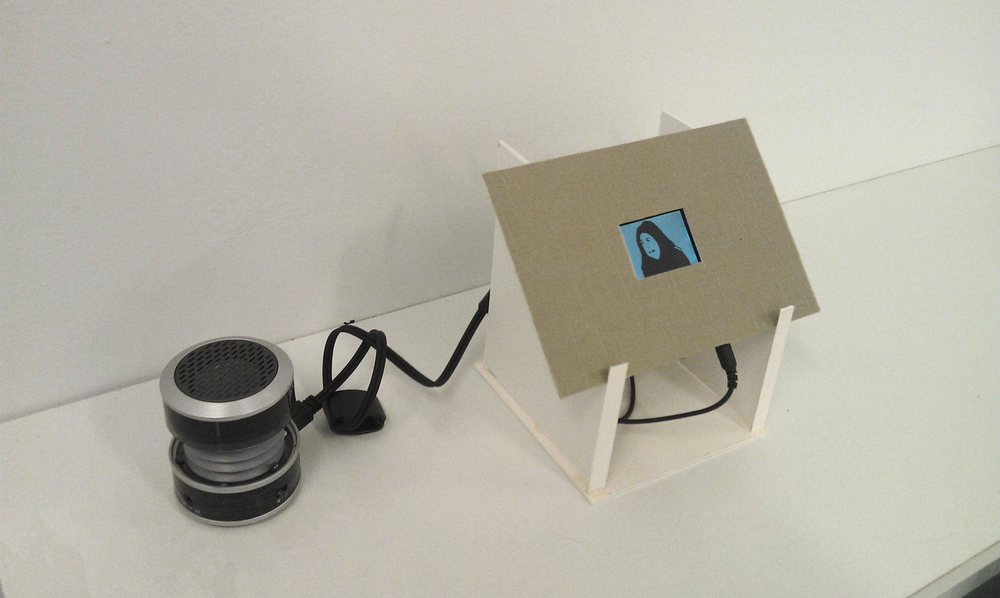 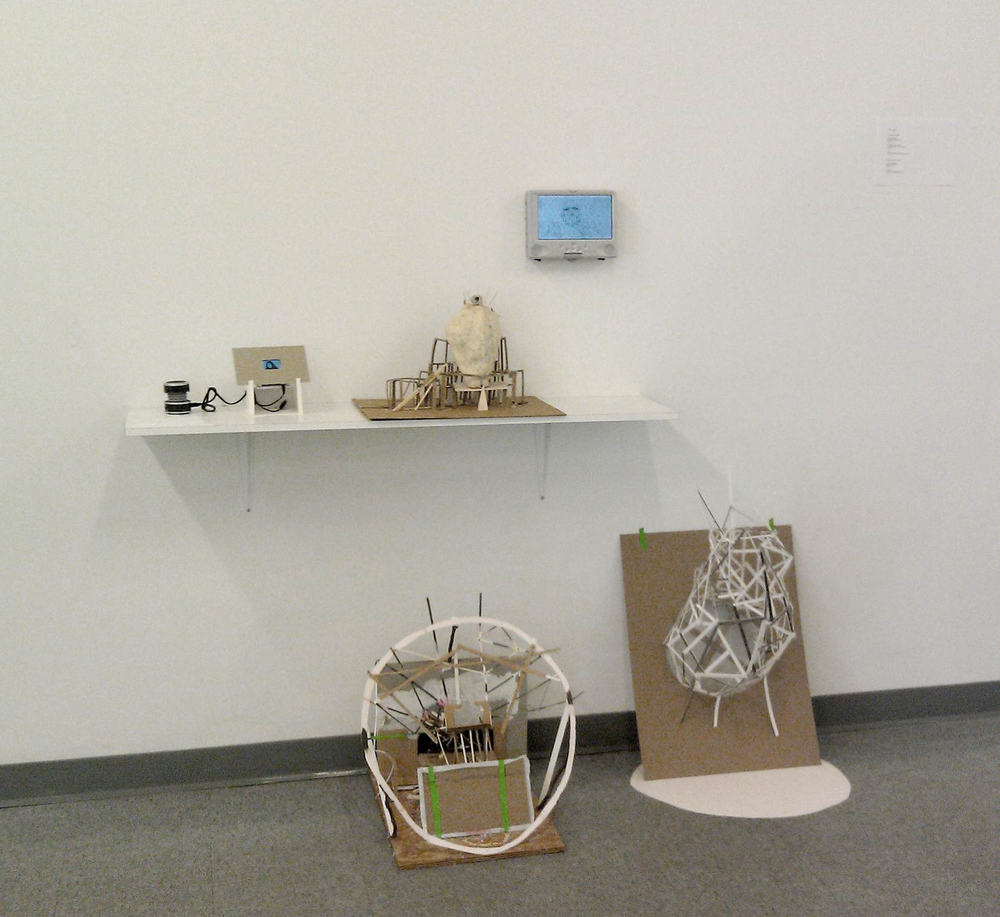 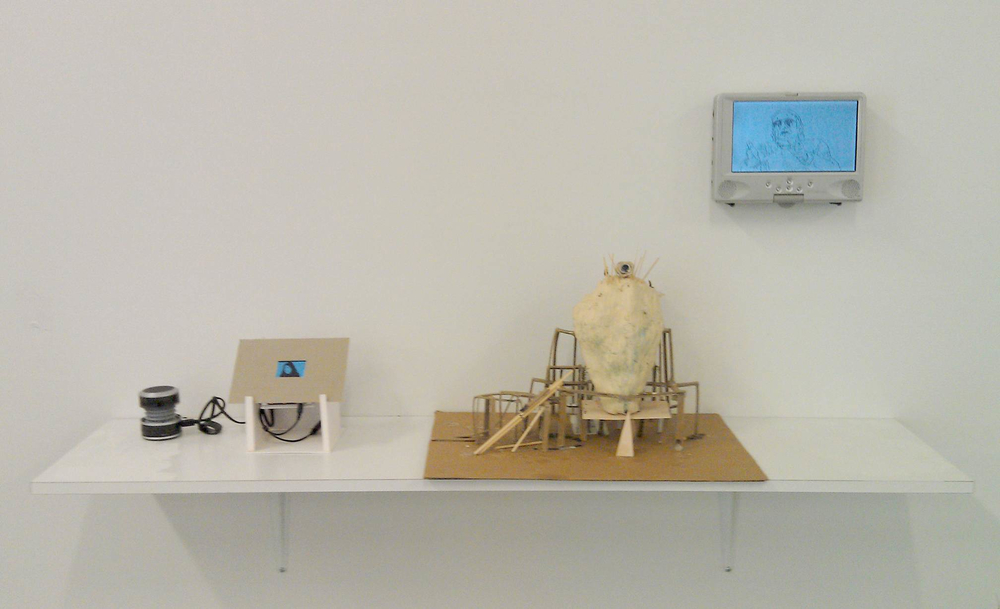 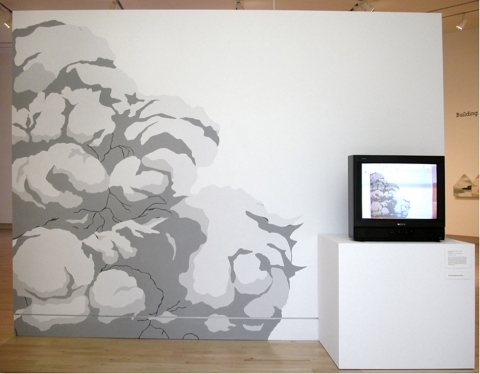 My first foray into site-specific, large scale video installation, this was created onsite at the Tacoma Art Museum in 2004. It was a meditation on the destruction wrought by 9/11, and on the interplay of painting, sound, movement, and architecture.